Using the OpenID Connect protocol, the IOS application authenticates the user against Cloud Access Manager and retrieves a set of three security tokens, as shown in Figure 1. The security tokens are known as the ID Token, Refresh Token and Access Token. 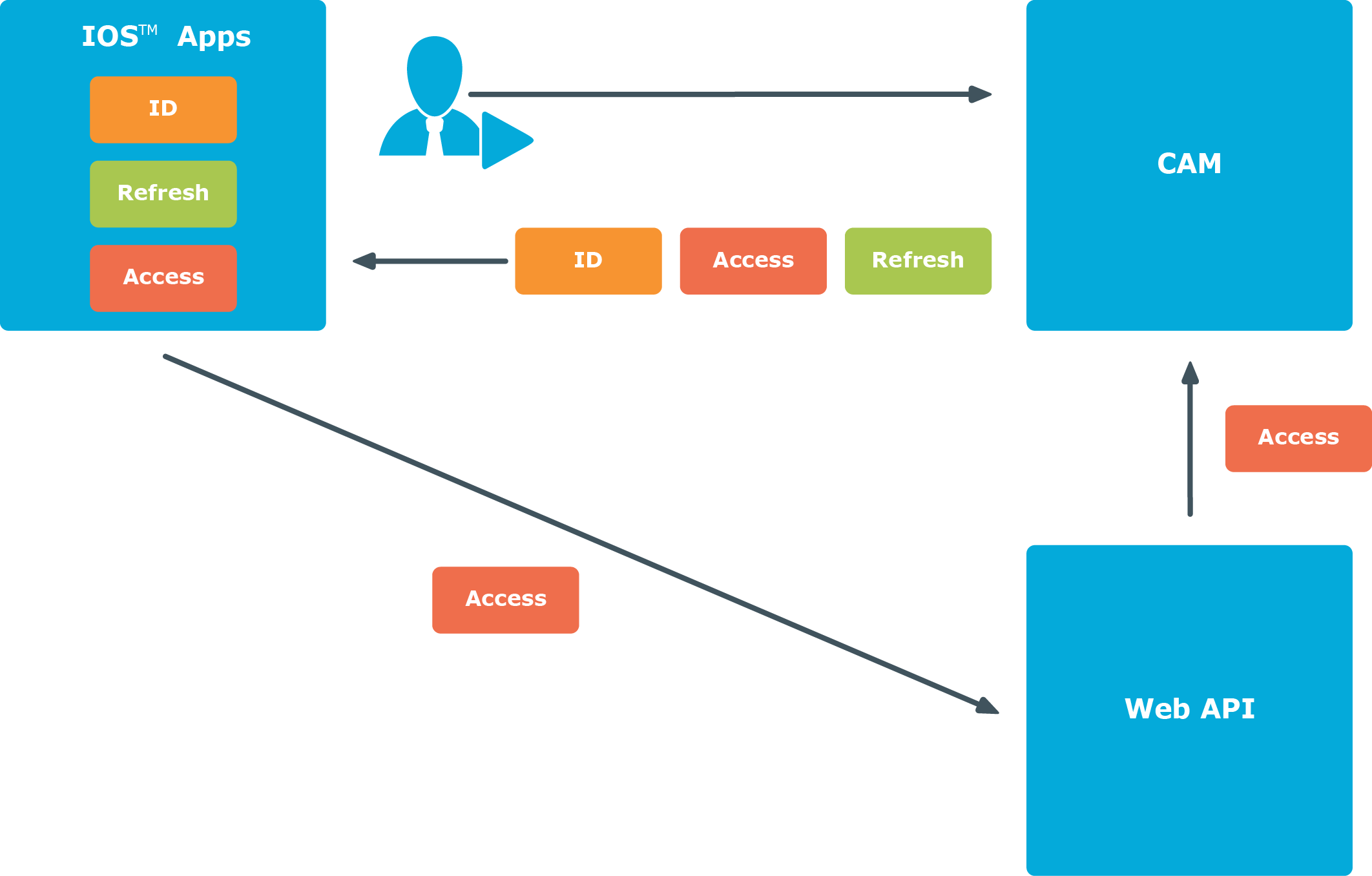 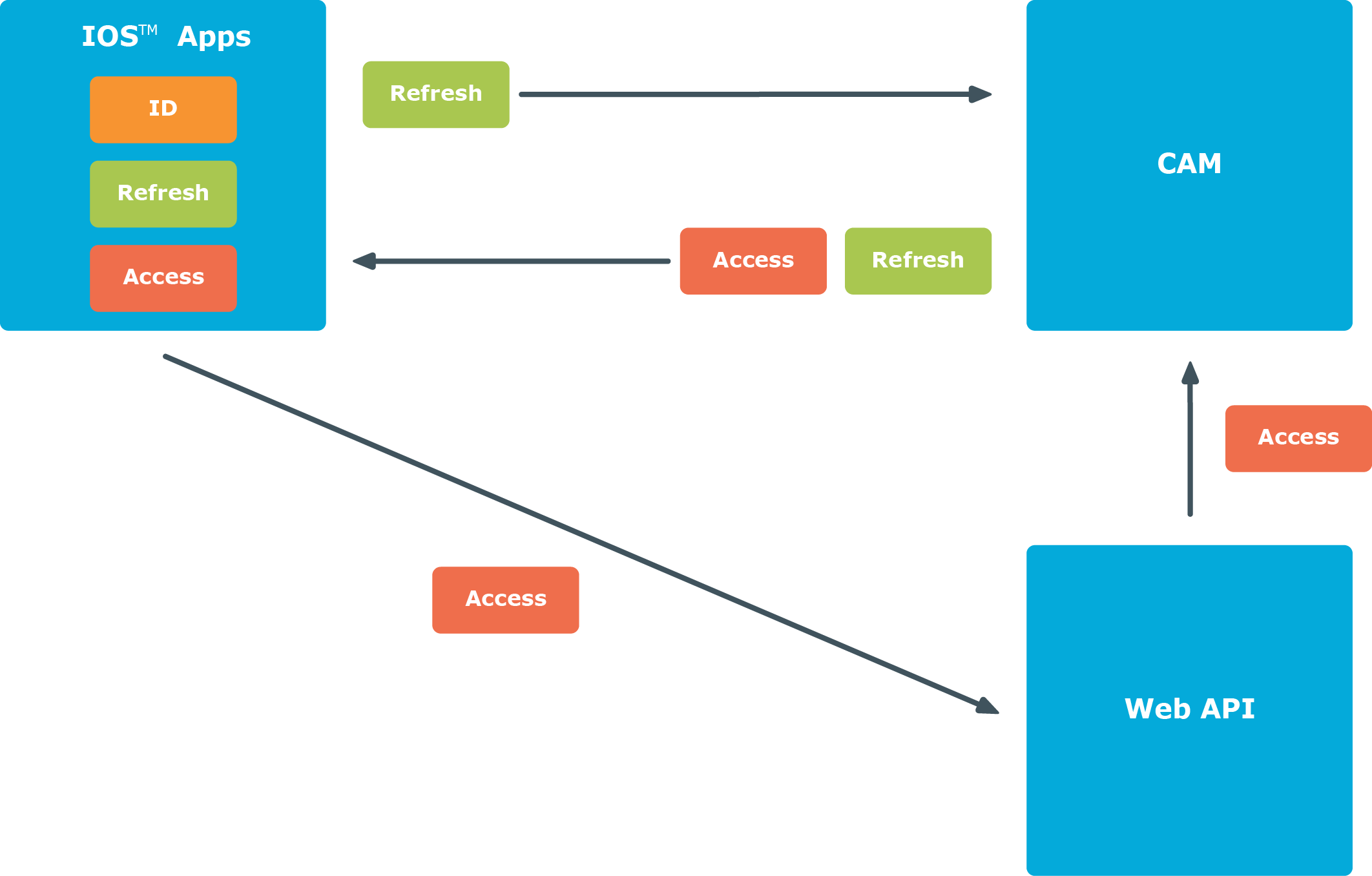 The sample IOS application contains a package called openidconnect which can be used in a standard IOS project to authenticate users using the OpenID Connect Code Flow. The sample Web API contains a .NET Open Web Interface (OWIN) middleware called CAMBearerTokenAuthentication. This can be used in a standard .NET Web API project to authenticate the IOS application using the Access Tokens obtained from Cloud Access Manager.