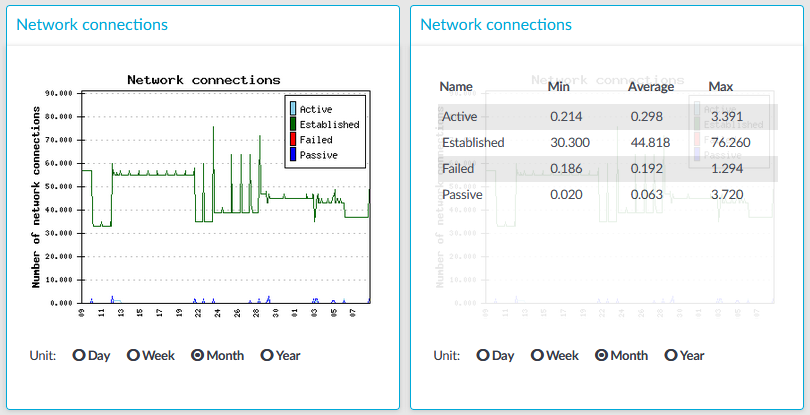 The Network connetion module on the Dashboard is based on the output of the netstat -s command. This command generates statistical information from all interfaces of all TCP connections. This means that in addition to the high-level proxy-service protocols (SSH, RDP, VNC, ICA, and so on), but all types of TCP connections are counted as well. The standard Munin plugins query this information and then it is displayed on the GUI. The graph itself displays the TCP activity of all network interfaces combined.

The connection types displayed can be the following:

The Min, Average and Max values are displayed as a whole number if the value is constant for the statistics interval (the statistics are stored every 5 minutes). If minor changes occur in the actual values (for example, new connections are established), these changes can be displayed as fractions.

To determine the maximum values that the system can handle, consider the following: 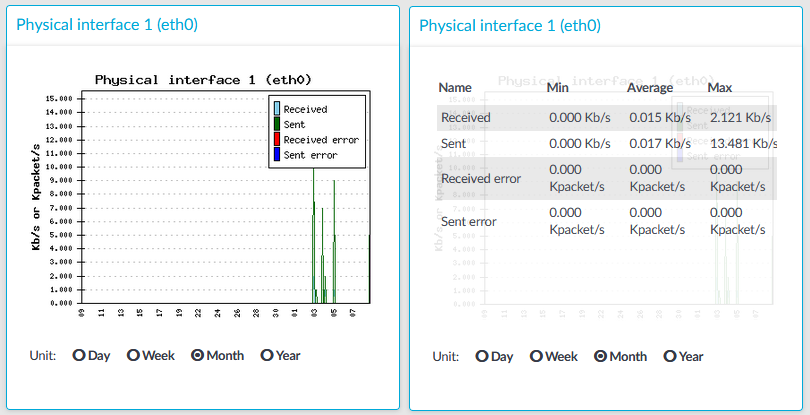 The Interface module on the Dashboard is based on data provided by the Linux kernel (/proc and /sys directories). The standard Munin plugins query this information from these locations and they are displayed on the GUI.

The memory types displayed are the following: 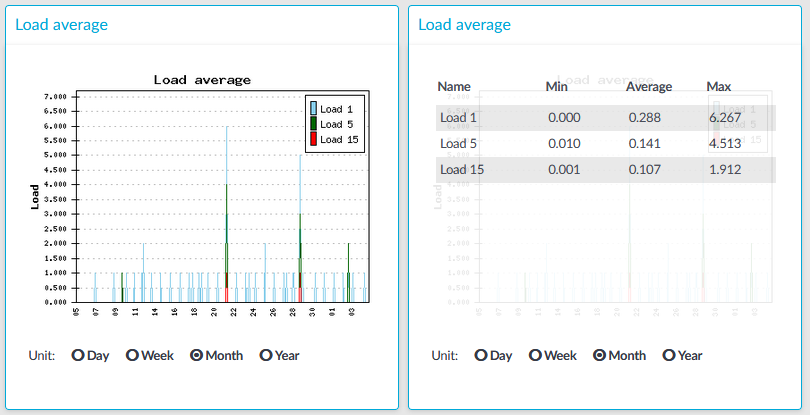 The Load average module on the Dashboard is based on data provided by the Linux kernel (/proc and /sys directories). The standard Munin plugins query this information from these locations and they are displayed on the GUI.

A measure of the amount of computational work that a computer system performs. The load average represents the average system load over a period of time. It conventionally appears in the form of three numbers which represent the system load during the last one-, five-, and fifteen-minute periods.

The load average types displayed are the following: 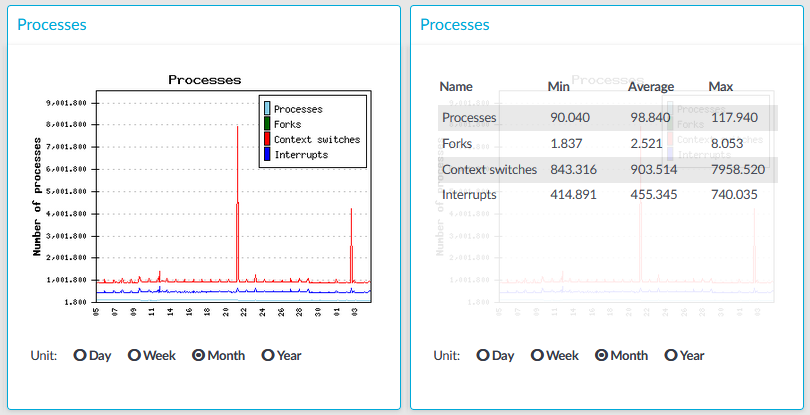 The Number of processes module on the Dashboard is based on the output of the ps command.

The process types displayed are the following: