We are currently experiencing phone issues. We are working to get services restored.

Credential Stores are repositories of user credentials (for example, passwords, private keys, certificates). They are used for authenticating a user to the target server that the user wishes to access, without the user actually having access to those credentials. Credentials are retrieved transparently from One Identity Safeguard for Privileged Sessions's (SPS's) local Credential Store or an external, third-party password management system by SPS impersonating the authenticated user. This automatic password retrieval is crucial, as this method protects the confidentiality of passwords since users can never access them.

Credential Stores can be stored locally on SPS, or on a remote device. For remote Credential Stores, SPS integrates with external authentication and authorization systems using plugins. 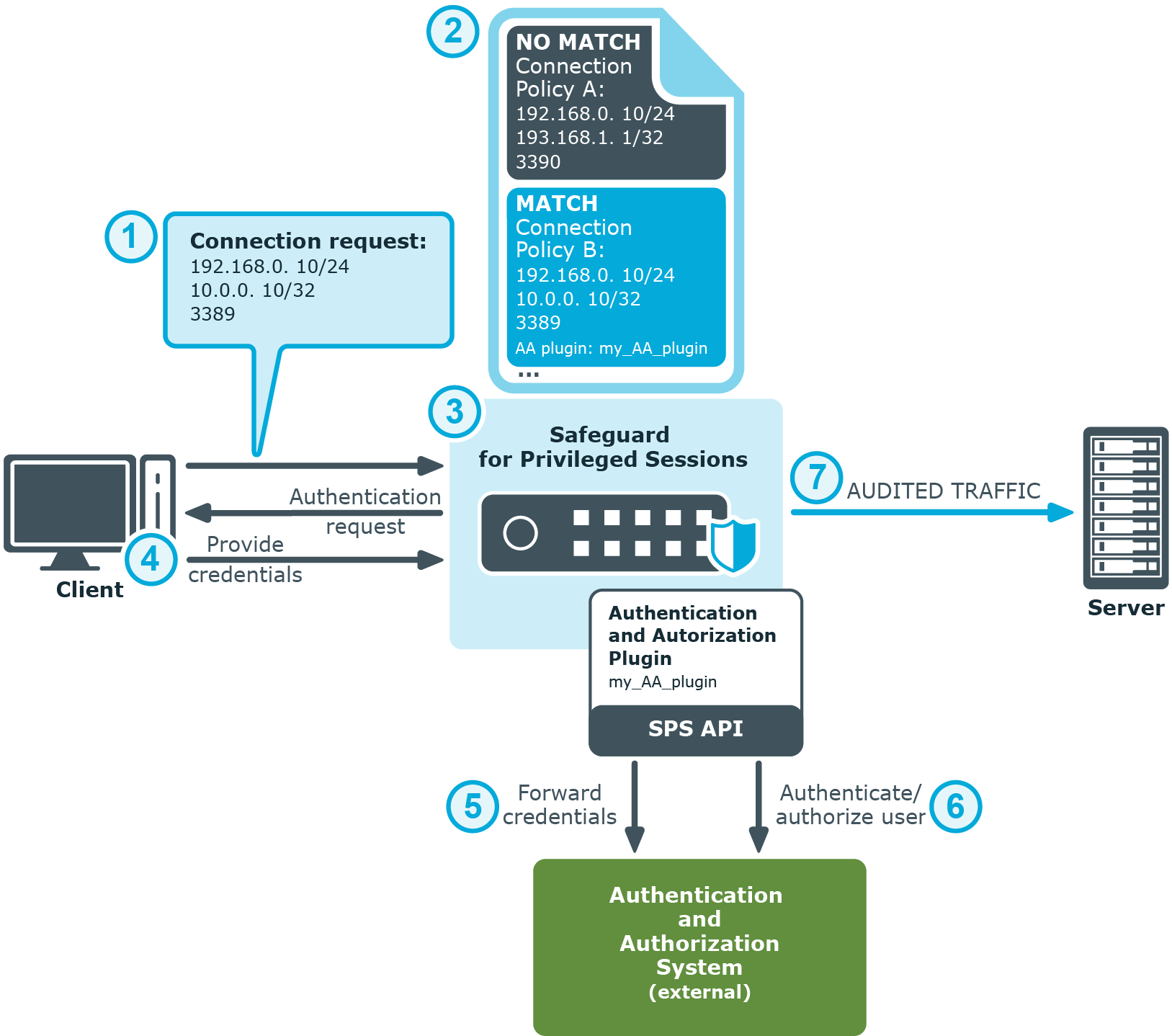