In versions of Active Directory that support constrained delegation, delegation can be refined so that it works through the use of a series of “service tickets” instead of the transmission of the user's TGT. Using these tickets, it permits delegation of the client’s identity directed to one or more servers, but only to those specifically selected by configuration as being permitted to be authentication delegates.

The following graphic shows you a simplified summary of the sequence of events involved in the Constrained delegation (S4U2Proxy) processes. 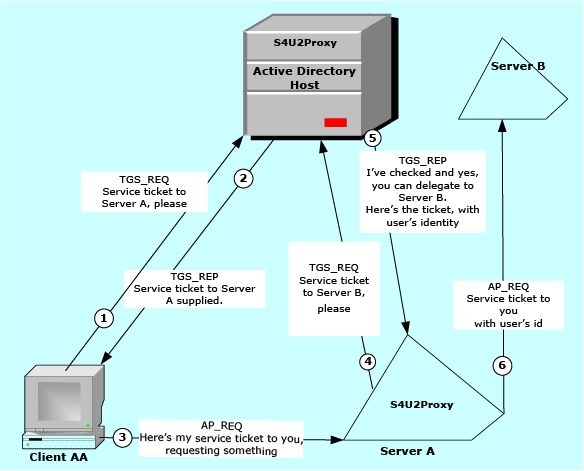 Clients that need access to Active Directory services can include external clients, which for a variety of reasons do not have immediate access to facilities for a full exchange of credentials under Kerberos.

Some external clients may operate through a firewall, where Kerberos operations are generally considered inappropriate, but where the client is still required to authenticate, and there is a need for Single Sign-on access to internal services.

Such external clients might be able to be granted access via Active Directory's Kerberos environment if the internal server were to be passed the client's full logon details or its TGT.

However, this is not a preferred approach, and on a strict application of security principles, might be seen as serious breach of the trust rules for a secure system.

For Windows Server 2003 and higher domain function levels, the solution for this is the “protocol transition” (S4U2Self) extension.

This allows the server itself to collect sufficient information about the client to establish a logon token which clears it for access without the need for a user password.

Under this arrangement, the server, rather than the client, requests a Kerberos ticket for itself, on behalf of the “otherwise-authenticated” client. 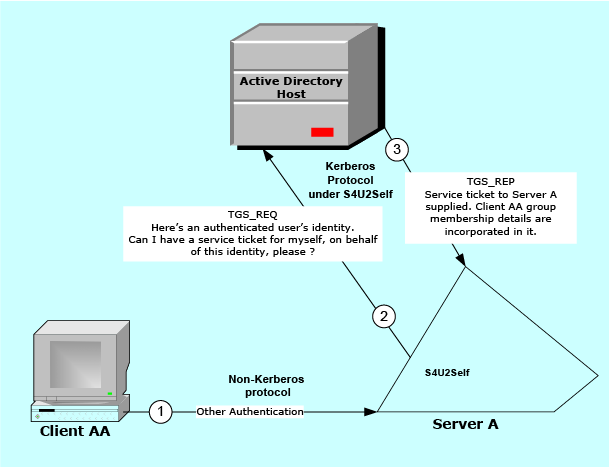 The ticket returned to the server is a service ticket for the server concerned, but it contains the user's authorization data, and it is of a form capable of being used for the S4U2Proxy extension — that is, a ticket to be used for delegated credentialing on other servers.

Single Sign-on for Java now provides support for S4U2Self as well as S4U2Proxy, and for the use of both extensions in conjunction with each other.

How does Single Sign-on for Java work?

On initialization, the Single Sign-on for Java servlet filter uses the given configuration parameters to determine:

However, the examples in this manual illustrate a single Active Directory domain called EXAMPLE.COM, whose DNS domain is example.com.

The example application servers in this domain have the hostnames appservhost1 (with fully qualified domain name appservhost1.example.com), appservhost2, etc.

Single Sign-on for Java's idm.principalAtRealm configuration parameter should be set to the value vsj_appservhost1@EXAMPLE.COM

The following figure shows points where these names apply. 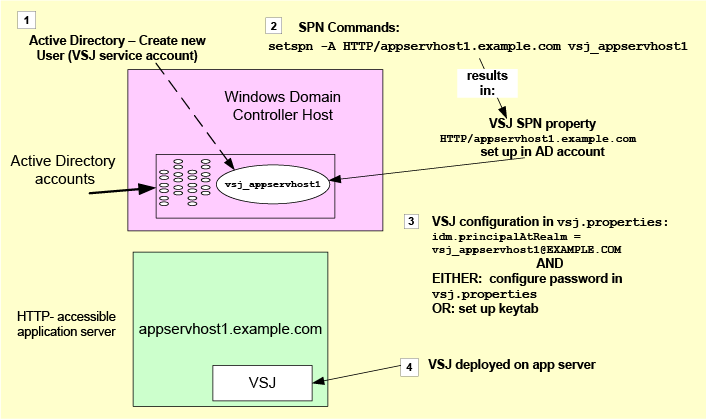 The following figure illustrates a simplified version of the initial process involved when a client requests a URL from a service under Single Sign-on for Java, showing the use of naming conventions outlined above.

Figure 5: Access to a URL via Single Sign-on for Java (simplified) 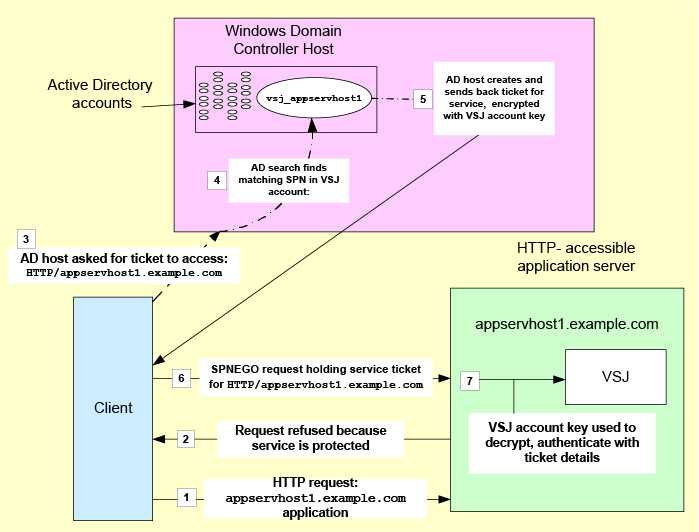