Before you start customizing the Web Interface, you should consider the following:

This section briefly describes the items involved in customization of the Web Interface—menus, commands, forms, tabs, and entries. The following figure shows the items you can customize. 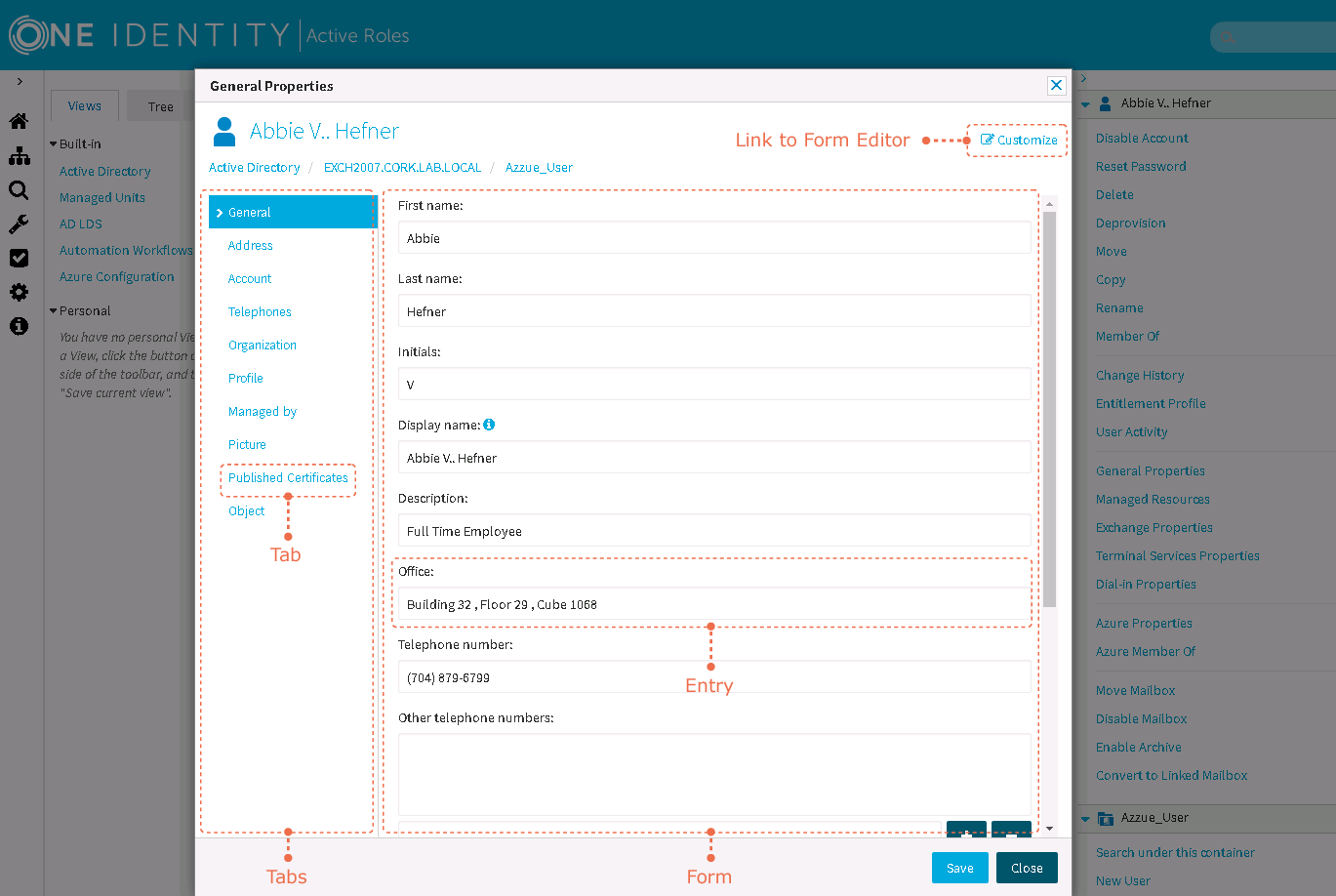 A menu represents a set of commands (directives) associated with objects of a certain type, and used to manage those objects. Examples: the User menu, the Group menu, the Contact menu.

For each object type, such as User or Group, the Command pane displays a menu of commands. You can customize a menu by adding or removing commands.

A command is an instruction that, when issued by a user, causes an action to be carried out. Web Interface users select commands from a menu in the Command pane. Some examples of commands are New User on the Organizational Unit menu, General Properties on the User menu and Members on the Group menu.

Each command is intended to perform a certain task, such as displaying property pages. You can customize pages associated with a command.