The search and filter process

The screen content is first indexed, then processed with the search backend, and finally, the filter expressions are applied. This process is described in detail in the following sections.

Figure 231: The search and filter process 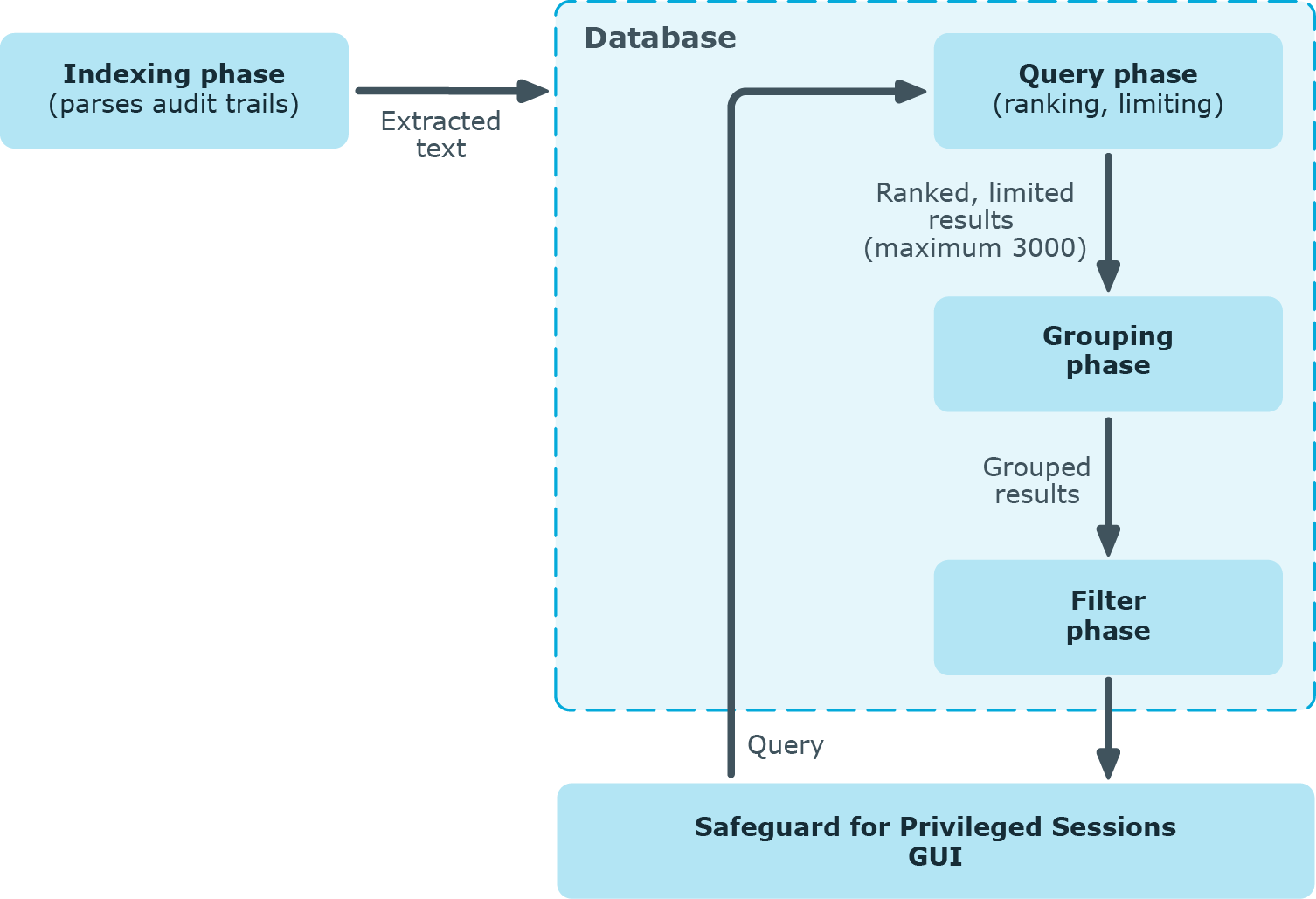 First, as a prerequisite of the search process, screen content is indexed. The indexing phase generates a database that the search and filter processes will run on.

The indexer parses the audit trail files, and builds an "inventory" of the privileged user's activity data based on what appeared on their screen.

The search and filter process consists of three major phases:

In the query phase, the backend ranks and then limits the number of results.

The grouping phase groups the results that were passed on from the query phase.

The filter phase applies filter expressions to these grouped results.

Example: Filtering for search results that were excluded in the query phase

For example, if you want to filter for Telnet connections where the text root was displayed, the following can happen:

If you filter for protocol Telnet now, you will not see any results.

You can fine-tune your search manually with the command line utility lucenectl. To do this, log on to the core shell. For details, see Accessing the One Identity Safeguard for Privileged Sessions (SPS) console.

However, the downside of using lucenectl to fine-tune your search is that after the cli search, you have to manually extract the trails that you find interesting with the help of the metadb.

The following example shows the output of a lucenectl search:

The most relevant audit trail will probably be the one with the highest rank.

The output of this command will be:

One Identity Safeguard for Privileged Sessions (SPS) can create statistics (bar, pie and list) from various information about the search results, for example, the distribution of the target hosts, and so on.

To display statistics about the connections