Data protection policies, such as the General Data Protection Regulation, require agreement as to which employee data can be stored in cloud applications. If the system environment is configured appropriately, One Identity Manager guarantees that cloud applications and their administrators have no access to any employee master data or Identity and Access Governance processes respectively. For this reason, cloud applications are managed in two separate modules, which can be installed in separate databases if necessary.

Automated interfaces for provisioning changes from the Universal Cloud Interface Module to the cloud application can (on technical grounds) or should (due to too few changes) not be applied to certain cloud applications. In this case, changes can be manually provisioned.

Because only data that must be available in the cloud application is saved in the Universal Cloud Interface Module, the module can be installed in a separate database. This database may be outside the company's infrastructure.

The One Identity Starling Connect cloud solution provides a simple and comprehensive solution for integrating cloud applications and for meeting the requirements of hybrid solution scenarios.

One Identity Manager knows two methods for exchanging data with a cloud application. 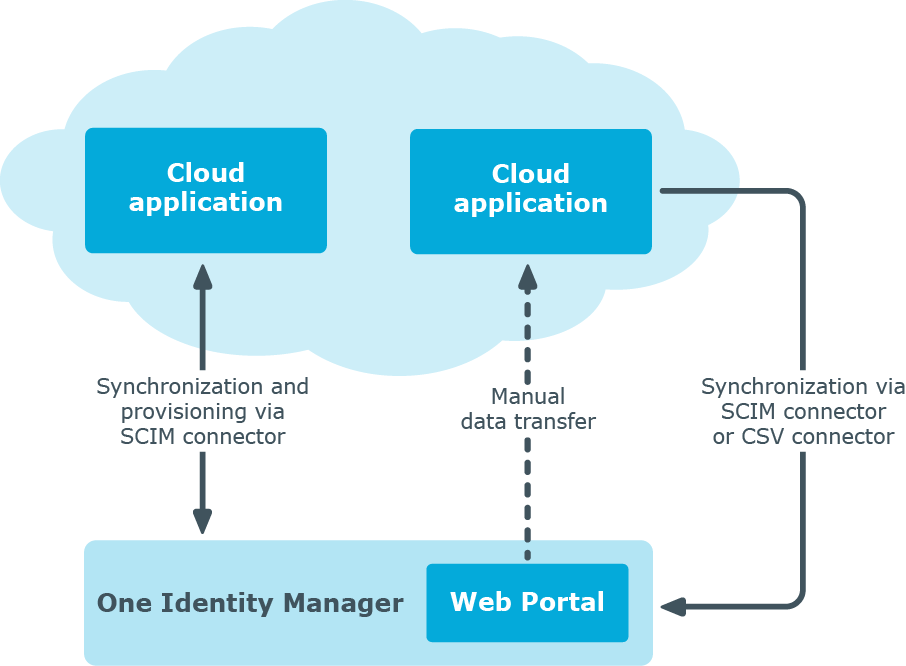 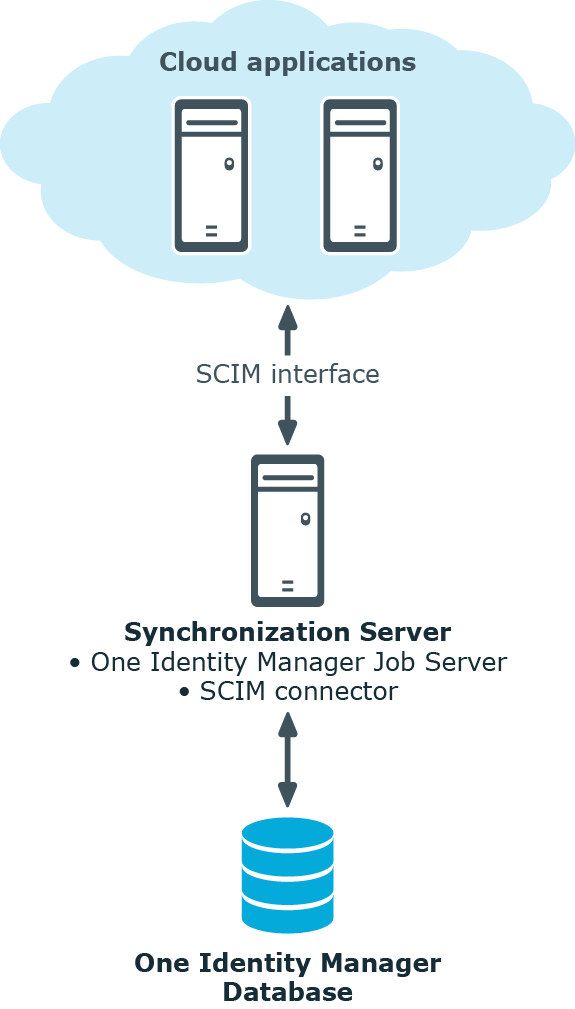 The following users are used for setting up and administration of cloud applications.

Setting up synchronization with a cloud application

To load cloud application objects into the One Identity Manager database for the first time.