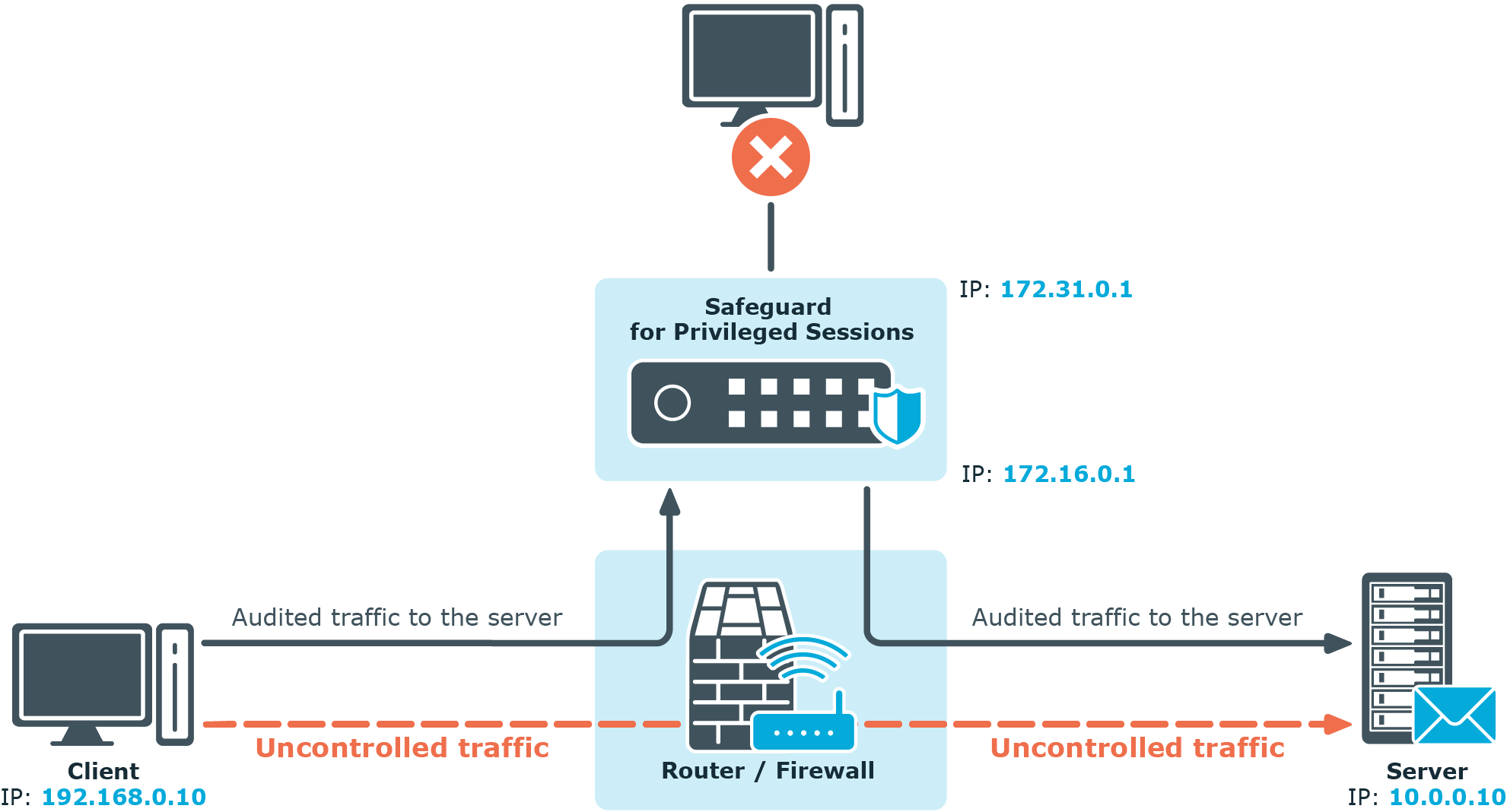 TIP: Non-transparent mode is useful if the general (that is, not inspected) traffic is very high and could not be forwarded by SPS.