The Designer is the main configuration component in One Identity Manager. The program offers an overview of the entire One Identity Manager data model. It enables the configuration of global system settings, for example, languages, or configuration parameters such as customizing user interfaces for the various administration tools. It also allows the permissions structure to consolidate the various administrative tasks of each user and user groups. Another important task is the definition of workflows for technically illustrating the administration procedures in the company.

Menu items, interface forms, and task definitions are assigned to permissions groups. The user's effective components of the user interface depend on the authentication module used for logging in to the One Identity Manager tools. If a user logs in to a One Identity Manager tool, a system user is found and the available menu items, interface forms, task definitions, and individual program functions are identified depending on the permission groups to which this system user belongs and the adapted user interface is loaded. 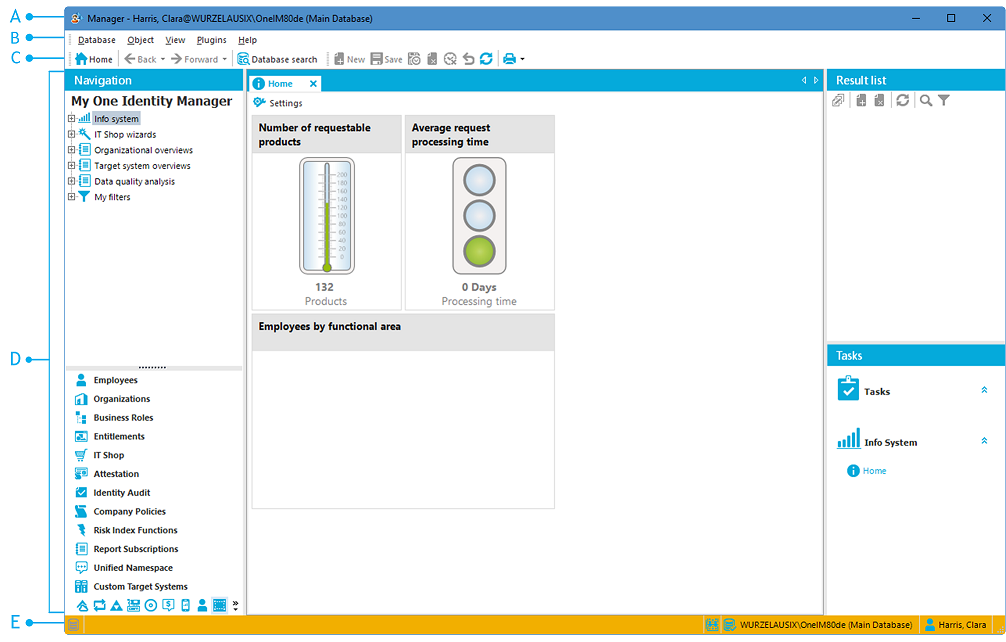 You can access One Identity Manager documentation in the Manager by selecting the Help > Search in local help menu item.

You can display the help for the individual Manager forms using the Help > Form help menu item or F1.