A request for certain changes to be made to directory data, such as creating users or adding users to groups. An operation can start an approval workflow, in which case the requested changes are made only after they are approved.

An approver completes an approval task by applying the Approve or Reject action to the task. This changes the status of the task from “Pending” to “Approved”, or “Rejected” respectively.

If the approver applies the Approve action to the task, Active Roles allows the operation to be performed. 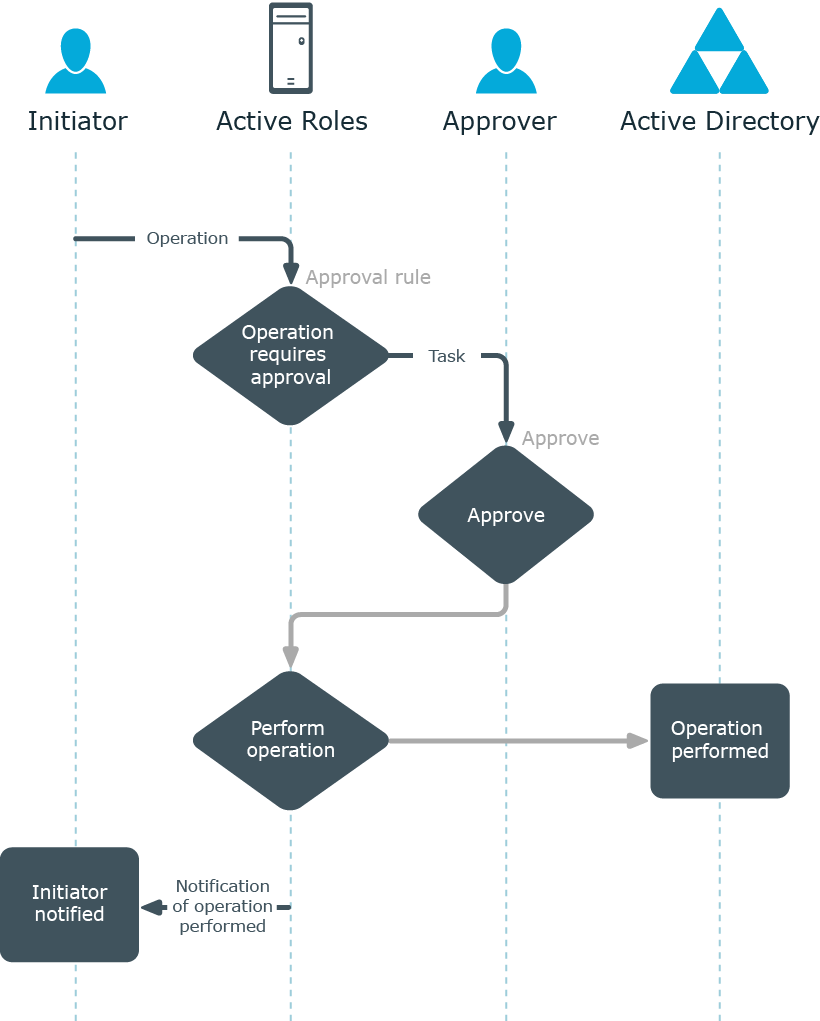